How Valentines Day Changed for the Worse

Ah Valentine’s Day, full of my three favorite things: chocolates, cards and the overwhelming presence of the capitalist agenda. This cash grab of a holiday used to be completely different from what it is now.

The earliest celebrations similar to Valentine’s day trace back to the Pagan festival celebrated around February 15th called Lupercalia. This holiday was dedicated to Faunus, the Roman God of agriculture. During Lupercalia priests would sacrifice a goat for better fertility and a dog for purification. They would then make the goat’s hide into strips, dip them in blood, and slap women and crops to bless them with fertility.

However by the end of the 5th century Pope Gelasius replaced Lupericealla with St. Valentine’s Day. Saint Valentine was a Roman priest who was beheaded by Claudius the cruel, more commonly known as emperor of Rome, Claudius II for marrying Christian couples in secrecy. Valentine’s day was never meant to be a celebration of love, however that all changed around the 14th century.

The association with all things love began in 1375 when English Poet Geoffrey Chaucer wrote a poem called Parlement of Foules. In the poem he wrote,“For this was sent on Seynt Valentyne’s day / Whan every foul cometh ther to choose his mate.” 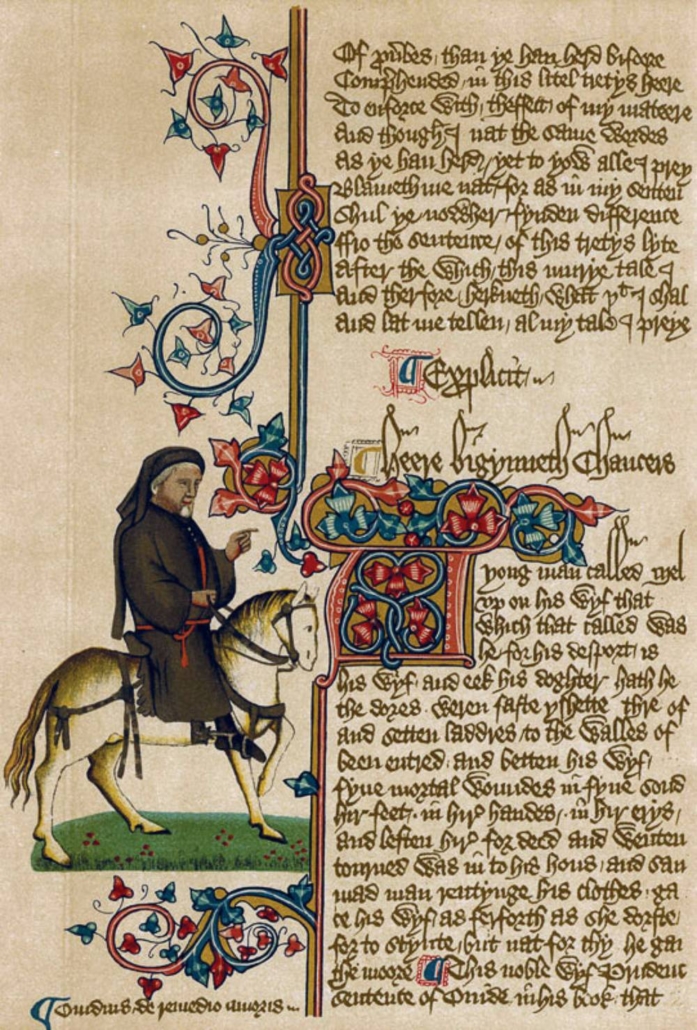 Giving out Valentines didn’t become mainstream until around the Middle Ages. The oldest known written Valentine was in 1415 by Charles, Duke of Orleans who wrote to his wife while he was in prison.

As years went by a company named Hallmark, famous for selling cards since 1910, realized the potential this holiday had to make money. In 1913 Hallmark officially started to sell Valentines Day cards. Today Hallmark makes over 145 million Valentines day cards each year. Companies like Hallmark slowly built up consumer pressure to spend money on cards, chocolates, and flowers. It was estimated by Forbes that Ameircans will spend $23.4 billion this Valentine’s Day. This is a 10% increase from last year in 2021 where Americans spent $21.8 billion.

You can see this pressure in action, especially now-a-days, when you step into any grocery store after New Years and it’s lined with rows of pink, red, and white candy boxes and cards. There’s little things pressuring you to buy things by saying, ‘They’ll love you so much for getting this.’  They show off images of happy couples holding chocolates and cards, mimicking the relationship you dream of having. But you haven’t bought your partner a Valentine’s Day gift yet, so how will you ever possibly have a relationship as amazing as theirs.

Companies know how to target vulnerable things and manipulate people into buying their products to feel better, and what’s more vulnerable than the person you love most? They have taken this once dark rooted holiday and did what they do best: turn it into a money making scheme where you feel like you’re not a good enough significant other, friend, co-worker, or classmate if you don’t spend money on the people you care about.

Now don’t get me wrong, I think having a day to show your appreciation for the people you care about is an amazing thing, and I think it should be done more than just one day out of the year. But I believe that you don’t spend hundreds of dollars to do so.

So I say we alter our mindset about Valentine’s day. Change it from a day of pressure

and consumerism, to a day where you appreciate those around you without going broke. Or if you really want to be traditional to the true meaning of Valentine’s day, invest in some goats.