As pop culture continues to change and expand, many minorities are still struggling to break through into mainstream media. How commonly is there a non-binary person in a show or movie? Gender non-conforming, along with transgender people, have been fighting for their rights for decades. Even though progress has been made to represent LGBTQ+ Americans, there is still a long way to go within the entertainment and music industries. Although, non-binary artists such as Evann McIntosh, Dreamer Isioma, and Ashnikko, are figures who can effectively bring light to their community.

As pop culture continues to change and expand, many minorities are still struggling to break through into mainstream media. How commonly is there a non-binary person in a show or movie? Gender non-conforming, along with transgender people, have been fighting for their rights for decades. Even though progress has been made to represent LGBTQ+ Americans, there is still a long way to go within the entertainment and music industries. Although, non-binary artists such as Evann McIntosh, Dreamer Isioma, and Ashnikko, are figures who can effectively bring light to their community.

Identifying with the non-binary spectrum, as opposed to the binary of only male or female identities, can be expressed differently among various people. For example, genderfluid and transgender identities are closely related to the label.

Representation for these minorities in the media is important, especially for young people, because it allows the next generation to think big. Promoting public figures with a non-binary gender identity can convince young dreamers that their goals are achievable. Notably since most non-cisgender individuals today are part of the younger generation, they are often the target demographic.

Many music artists can especially be great role models because of how creative freedom builds a sense of transparency and raw personality, which minorities can look up to.

Indie music in particular is all about freedom and personalization. Evann McIntosh, a non-binary singer from Kansas, incorporates indie, R&B and soulful style tracks into their chill discography. Releasing their first song at 15 years old after being discovered on YouTube around 2018, the artist started showing interest in songwriting around age 9.

The indie scene regarding the lack of control from record companies is very comfortable for McIntosh, along with being an online figure. “For me, it’s the easiest way to approach music as someone who’s very anxious about these things,” they said in an interview with Loud And Quiet. “It’s not [a community] where there’s a distinct idea of what you’re supposed to make, or what you’re supposed to look like, or anything like that. It’s coming only from you, and it’s got a very distinct audience because of how it’s only you.”

Many listeners admire them for their very androgounous look and distinct ad-libbing style in their songs, as it helps the lyrics flow smoothly and makes the artist easily recognizable.

McIntosh attracts a fanbase made up of queer individuals, as they have posted pictures with fans holding various pride flags during recent touring. “I want to have a positive influence at a time when all the energy in the world seems very negative. Love needs to be normalized,” they stated. “I talk about LGBTQ+ rights. I am allied with the Black Lives Matter movement. We’ve moved backward in the last 10 years and need to move forward.”

Their career especially took off when their most popular song, “What Dreams Are Made Of,” gained mass attention on TikTok. The song gained over 22 million streams on Spotify, and is part of their debut album, MOJO. They are also currently on tour promoting Character Development, their most recent EP. 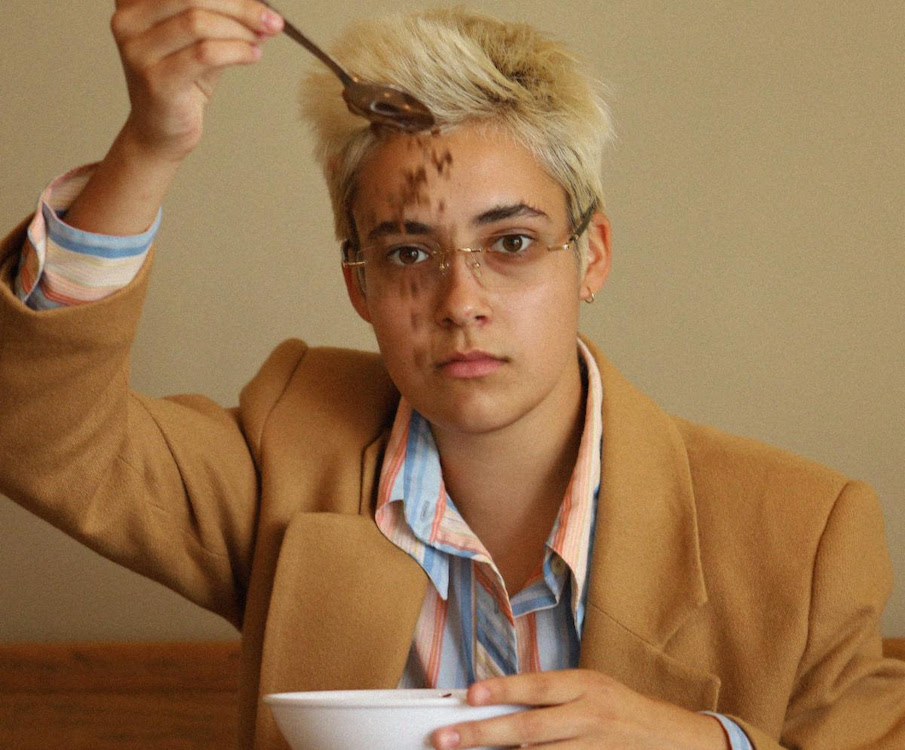 Dreamer Isioma is another non-binary artist who keeps the 90s R&B style alive. The Nigerian-American singer and rapper’s career took off when their song “Sensitive,” which is part of their debut EP, went viral on TikTok in 2020, similarly to McIntosh. The song could also be heard in the final season of Issa Rae’s TV series, Insecure.

The 20 year old released their debut album, The Leo Sun Sets, later in 2020. They stated in an interview with Wonderland Magazine that the album was, “all about me coming to terms with my identity and learning to love myself.” Isioma continues to explore their identity as a non-binary person as they have recently changed their name and undergone top surgery.

Isioma has built a very vibrant and diverse discography, seeing as though their music ranges from slow and lustful melodies like “Valentina,” to more upbeat 90s hip-hop style singles like “HUH?”

While the funky sound is the first thing you may notice in their songs, looking even closer Isioma pushes ideas such as the importance of self-love and enjoying life into tracks like “King.” “I need these kids in Nigeria to understand that they can really do anything they want,” Isioma said to Wonderland Magazine. Uplifting young LGBTQ+ people with these messages, along with their Nigerian heritage is “incredibly important” to the singer.

“Sensitive” now has over 66 million streams on Spotify, along with other songs sitting at a few million. Isioma also has a few tour dates to promote their most recent singles, “Crying In the Club” and “Voulez-Vous Me Too,” but have been postponed due to COVID-19. Their new single “Bad Ting” was said to be released on February 2nd, preceding a nearing album that was mentioned in one of their Instagram captions. 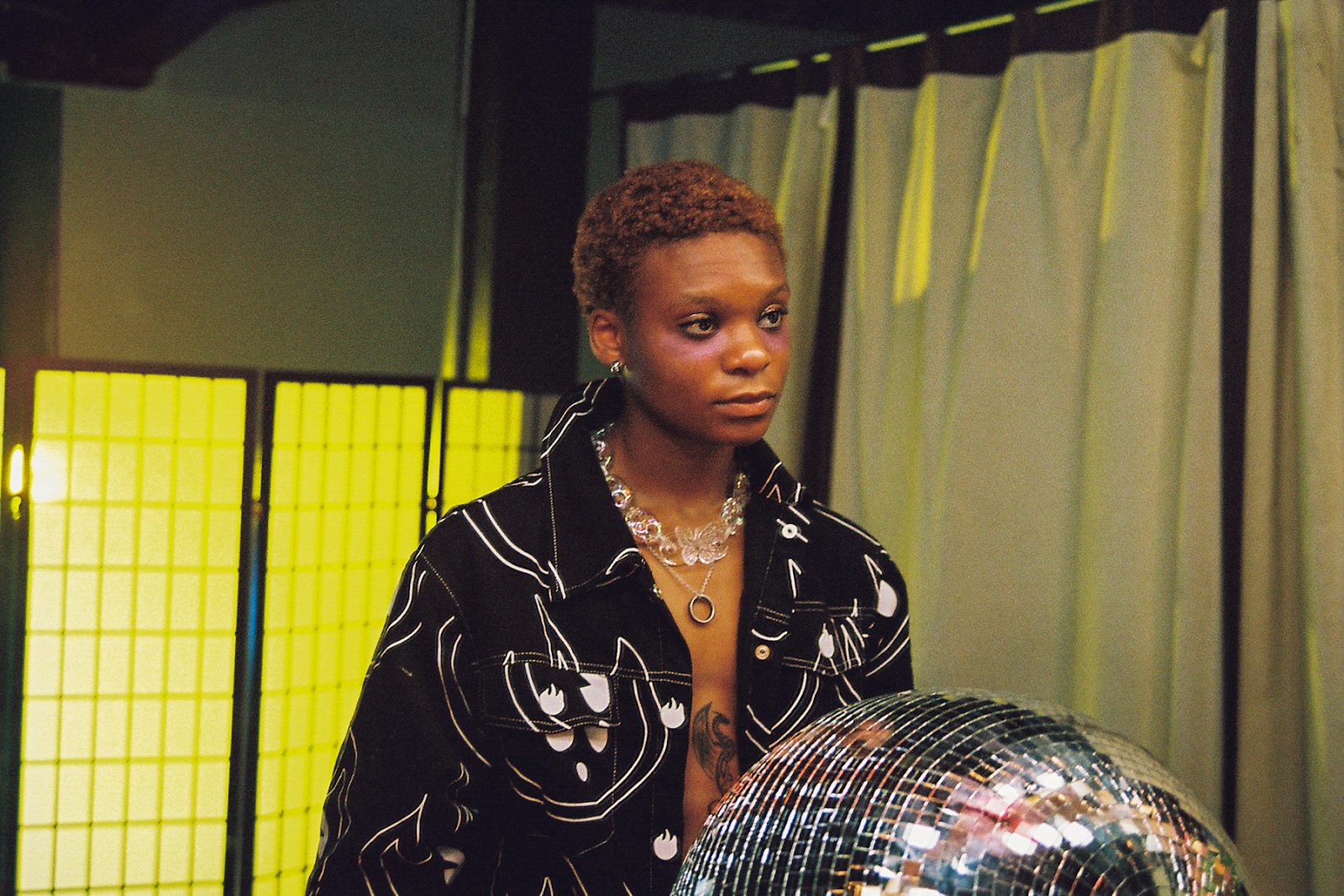 TikTok trends are a great way to popularize smaller LGBTQ+ artists like McIntosh and Isioma, along with 25 year old singer and rapper Ashnikko. The non-binary artist gained traction through their songs “STUPID” and “Daisy,” on the app, which now has over 333 million streams on Spotify. They have also managed to collect a large fanbase of many alternative and goth individuals.

Ashnikko, who’s real name is Ashton Nicole Casey, identifies as genderfluid and pansexual. The songwriter became engrossed in rap music at age 10, and eventually moved to London at 18.

They co-wrote a few of Doja Cat’s songs, and planned to participate in her “Hot Pink” tour before it was canceled due to COVID-19. They also helped write the lyrics to Kpop group TXT’s hyper-pop style single, “Frost,” in English before it was translated and released in Korean.

Ashnikko’s mixtape “Demidevil” especially emphasizes their queerness, as they have been open about the struggles of growing up queer in a small southern town and conservative Christian family. By meeting and having conversations with people they could relate to on the internet, specifically on Tumblr, they eventually felt comfortable enough to come out; “Tumblr was my saving grace. For me it was like, this is amazing! Finally!” they said in an interview with Gay Times.

While having millions upon millions of streams on their alternative-style music, Ashnikko doesn’t let the numbers get to their head. In fact they state, “I don’t even listen to them when they send me chart updates, I literally don’t care. I think once you start caring about chart positions, you’re lost. You’re gone. I love music so much and making music has nothing to do with your chart position. Just enjoy music.”

Currently, the self-proclaimed “bratty” creator has over 8 million monthly listeners along with over 1.5 million followers on Spotify. One of their latest releases was Halloween themed, which suits their edgy style. They will also likely be performing songs from “Demidevil” on tour in Mexico later this year. 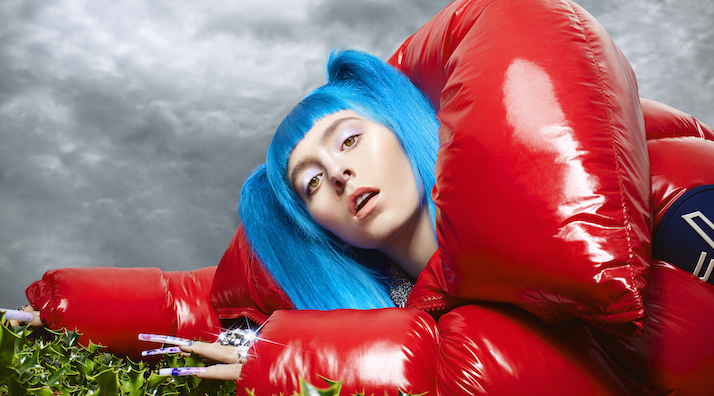 Countless non-binary, genderfluid, and transgender artists use their resources to express themselves and make their voices heard as queer individuals in a binary world. Many use their well-earned platforms in order to advocate for making LGBTQ+ voices heard, in a form that all can enjoy, music.

The community of queer and gender-nonconforming people in the music industry is diverse and effectively showcases their creative talents. Often being smaller indie creators, it goes to show how many non-binary musicians are able to build something beautiful that tells their story. They are able to touch the hearts of those who can relate, along with those willing to understand, all by hand as a minority. This makes it exciting to see what breakout artists like McIntosh, Isioma, and Ashnikko, who are unafraid to be themselves, will put out next, and solidifies that their music will continue to leave an impact.